These days, I’ve been thinking about who will be next in the series “History of reggae music“, and I have given priority to older icons that are still among us. Driven by that idea David Hinds and Steel Pulse weren’t in line, but since David Hinds turned 64 on his birthday four days ago, we’ll push him a little over the line. As if there is any order in the music or that David needs some kind of pushing … Anyway, it will be like that today, and we don’t know about tomorrow. The question is, who will we write about first, about David Hinds or Steel Pulse? Which is older, the chicken or the egg? In this case, David Hinds started with music when Basil Gabbidon started, and when the two of them started with music, Steel Pulse was born. 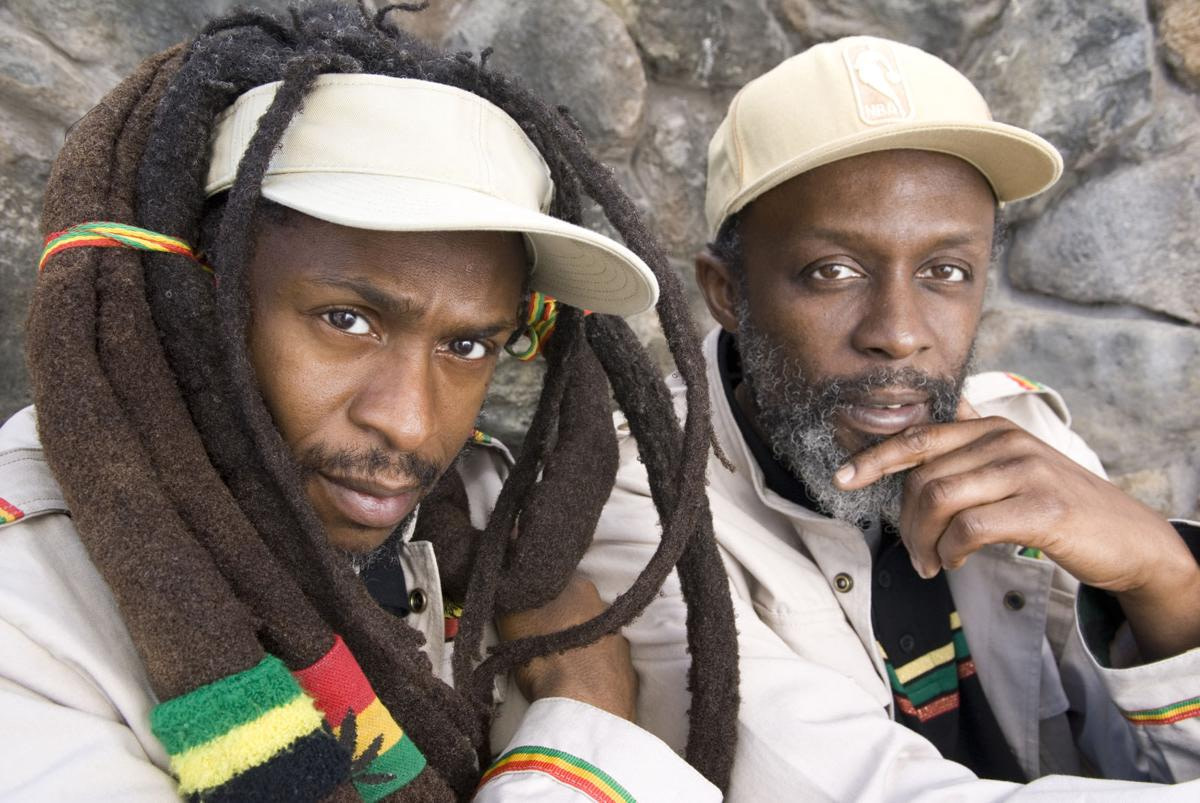 Who is David Hinds?

“David “Dread” Hinds” is a rhythm guitarist, the main vocalist of the band and, along with Basil Gabbidon, the founder of one of the most famous reggae bands “Steel Pulse”. He was born on June 17, 1956 in Handsworth (one of the albums is called Handsworth Revolution), Birmingham England. His parents immigrated from Jamaica to England in the 1950s as a workforce that was to rebuild Britain after the end of World War II. He attended high school for artists, where he realized that artists are not really paid with all their effort and exhibitions. After two years of art school, he decided to venture into music. At that time, his father did not even know that David was no longer attending classes, and that he began to learn to play instruments. David says that after 40-45 years of switching to music he once injured his shoulder and had to cancel the tour (the tour was canceled in 2016 due to pneumonia, which is not really a shoulder), at that point he started painting again and everything came back to him quickly . 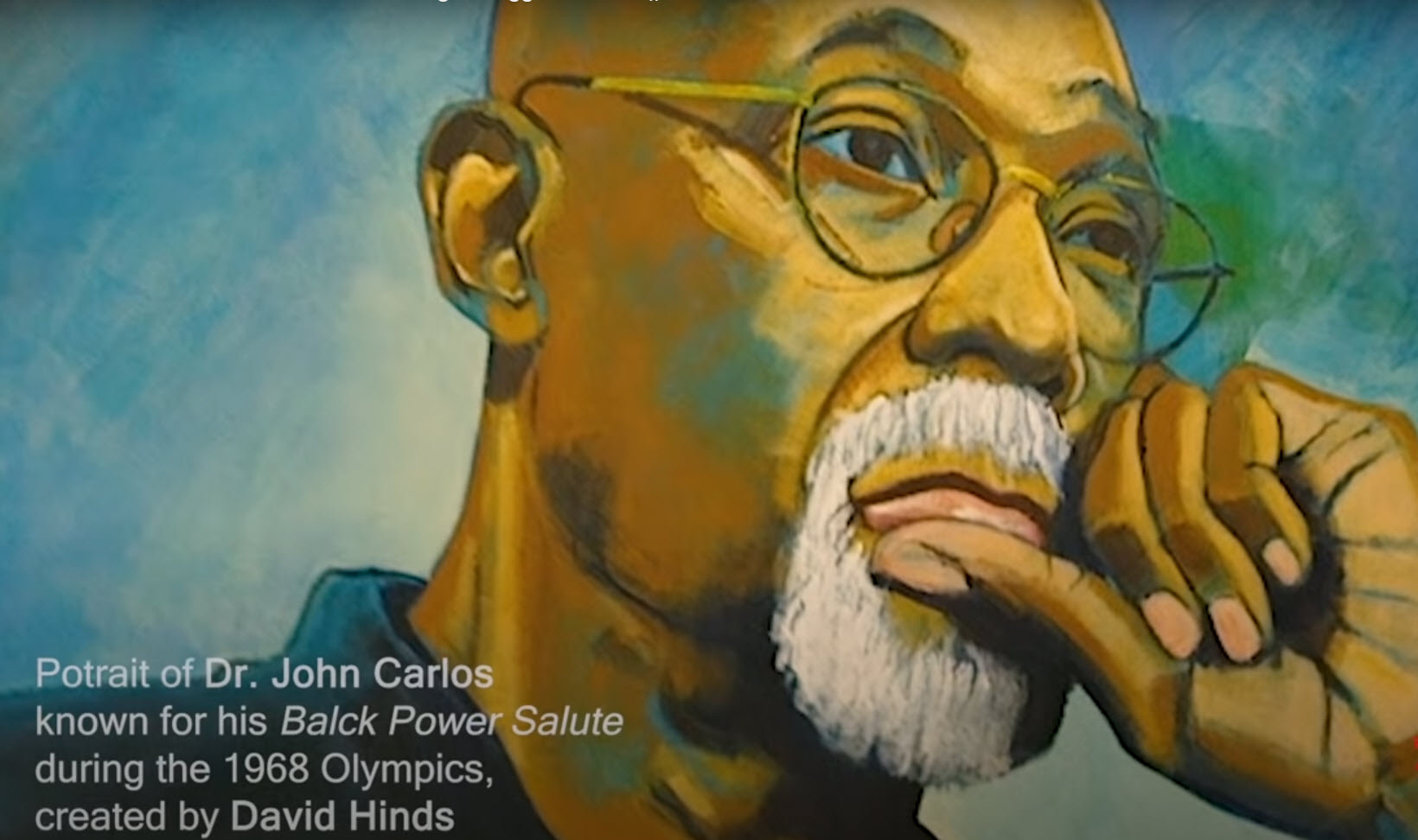 Portrait of Dr. John Carlos, creator of the famous black salute from the 1968 Olympics, painted by David Hinds

David told one interesting anecdote, and that is that Skinheads (bald heads or those pipuns) were initially a racist institution. They wore Lewis jeans, “martinis” and cut their hair short, and so they wandered the streets and beat minorities, especially blacks and Asians. But when Ska music came, they liked it so much that they gave in to the black community. And then they had to switch to some others, so they started harassing Pakistanis. Anyone interested in this topic can watch a BBC documentary on skinheads HERE.

The documentary was produced by Don Letts, a member of Trojan Records.

David Hinds ’interview from this year, where he talks about the details mentioned in this article

Steel Pulse was founded in Handsworth, Birmingham by David Hinds (lead vocals, rhythm guitar), Basil Gabbidon (guitar, vocals) and Ronald MCQueen (bass). They were later joined by Basil’s brother Colin who was briefly a drummer, as well as Michael Riley (backing vocals, percussion). What influenced their music the most were black equality movements like the one at the 1968 Olympics and the Black Panthers, Burning Spear, Marcus Garvey … But what led them to found Steel Pulse was Bob Marley’s album “Catch a Fire”. They released the first thing called “Kibudu, Mansatta And Abuku” for the small publishing house Dip.

What brought Steel Pulse to where it is are their performances at various festivals and organizations. So they started playing in various punk locations and eventually went on tour with punk bands like Stranglers and XTC. But what brought them where they belong is their performances as a pregroup for Burning Spear (Winston Rodney we wrote about last week). There they were noticed by the famous “Island Records” record label from Jamaica.

The first single they release under this house is “Ku Klux Klan“, for which they often have an adequate act on stage. They were then joined by new members including Selwyn Brown and soon after released their debut album “Handsworth Revolution” which was recorded in 1977 and released in 1978.

Despite the mediocre commercial success from the first three albums, the relationship between Island Records and Steel Pulse faded slightly after the third album “Caught You” which is still called “Reggae Fever” for the US market. And the reason why the relationship has faded is because “Island Records” has been pushing and leaning towards that slightly more commercial sound that is increasingly making its way onto the scene. Thus, Steel Pulse came under the auspices of “Elektra Records”, where they most often released albums, “True Democracy”, “Earth Crisis”. But Elektra, led by the example of Island Records, is putting pressure on Steel Pulse to release more mainstream albums like pop-reggae music made by Eddy Grant. And bam, the “Babylon the Bandit” album was made in 1985, which was released in 1987. won a Grammy award.

Despite winning a Grammy, Steel Pulse went on to record with MCA Records in 1988. But even here they could not get rid of some of these commercial elements because everyone saw the potential in a more modern sound.

Percussionist Alphonso Martin leaves them in protest and receives various condemnations from British and reggae fans, but on the contrary, their popularity in America has grown unprecedentedly. They were the first reggae band to be a guest on the American show “Tonight”. And if you ask me, Steel Pulse has completely softened and Americanized during this period.

One moment touched me in particular, when I stopped listening to them for a couple of years, and that was when they released the song “Vote Barack Barack” during Barack Obama’s presidential campaign.

Steel Pulse returned to their militant sound when they came home to Birmingham and immediately released the album “African Holocaust,” their eleventh album. Not to go any further, the last album was released after a 14-year break of “Mass Manipulation” which came out in 2018. There is also the documentary “Steel Pulse: The Definitive Story” which was supposed to be released in 2014, and transferred to 2015, but I still haven’t seen this part.

Steel Pulse was awarded a 1987 Grammy for a multi-year term. for the album “Babylon the Bandit“. What is constantly emphasized is that Steel Pulse is the first non-Jamaican band to win a Grammy.

And if you ask me, in case you’re not Bob Marley’s successor, you had a handicap of 70% (percent) to win the Grammy award. Because when you look at who all won the Grammy Awards for Best Reggae Album of the Year, you’ll see that Ziggy Marley has won a Grammy seven times, which is, to put it mildly, unfair when you look at the competition. Let’s say one Aswad never won a Grammy. But it is obvious that reggae, which was more inclined to pop music, did better.

What is even more important to emphasize is the achievement of a Balkan musician who managed to get stuck between the Aswad – Steel Pulse collaboration. That is, a single from 2019. Brinsley Forde feat. David Hinds – Chillin hosted by a friend of our radio Nemanja Kojić a.k.a Hornsman Coyote.